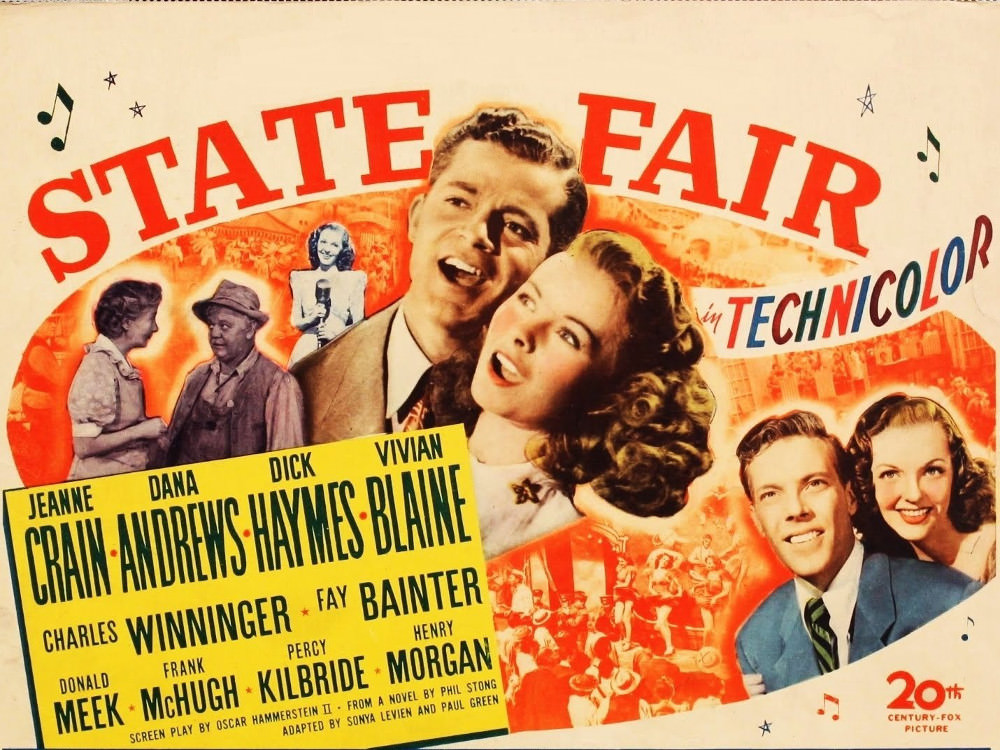 During the Allied Occupation of Japan (1945-1952), cinema was regulated under a set of relationships between the Civil Information and Education (CIE) section, the Civil Censorship Detachment (CCD), and eventually Eirin. Alongside SCAP’s September 1945 Directive, including “suggestions” for themes to be included and eliminated in films, the CIE also promoted what they called “culture films”, specifically against the mandates of Japan’s repealed Film Law. At the beginning of 1946, the recent Hollywood films His Butler’s Sister (1943) and Madame Curie (1944) played to huge audiences of Japanese despite exorbitant admission prices (Kitamura 2010, 22). United States General Douglas MacArthur promoted the family movie State Fair (1946) so that audiences might witness a “wholesome picture of American life” (Kitamura 2010, 81). Similarity, Kerry Segrave (1997, 182) writes that at the conclusion of his peace mission in China in 1946, General George Marshall noted that State Fair was a more effective teacher of American culture, “about the heart and soul and about [America’s] people”, “than [he] could possibly have told them in hours of talking”.

A musical written by Rodgers and Hammerstein, State Fair (1945) was an adaptation of an original film released in 1933. It follows the Frake family as they visit the Iowa State Fair over a period of three days. Father Abel is focused on winning a bet over his pig Blue Boy, mother Melissa is entering pickle and mincemeat contests, and adult children Margy and Wayne each meet potential love interests. Some minor conflicts are easily resolved in a largely saccharine story of white Americana (Griffin 2002). In its time it was not as well reviewed as other Rodgers and Hammerstein musicals, such as Oklahoma! (adapted into film in 1955), with critic Bosley Crowther (1945) writing, “Someone could do a great musical about a gay, noisy, pungent State fair. Rodgers and Hammer-stein could do it. But they didn’t do it this time.” Nonetheless, its representation of mid-Western American customs, “family values”, and young people freely exploring romantic possibilities clearly indicate why it found favour with MacArthur and his occupation mission. – Liam Grealy