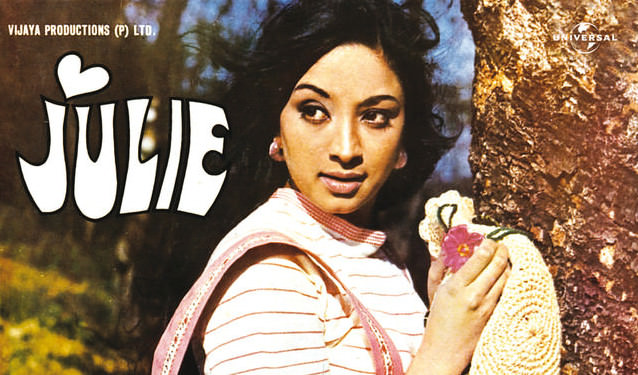 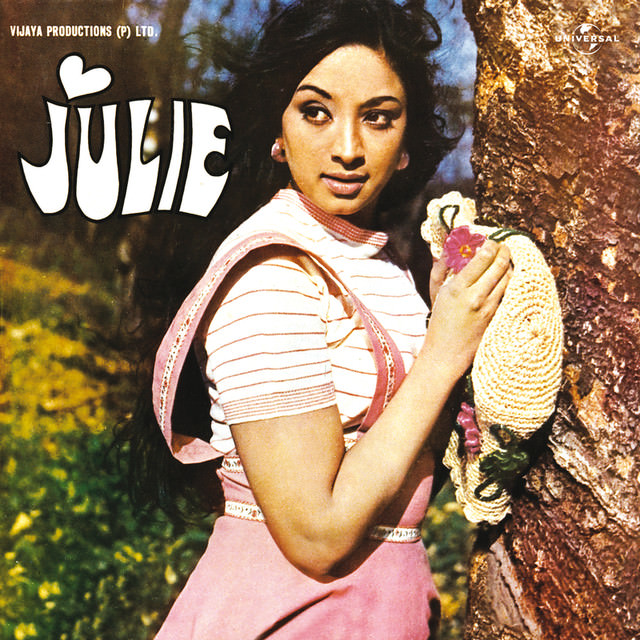 Released shortly before Prime Minister Indira Gandhi announced the Emergency and in the year the “angry young man” Amitabh Bachchan had his two biggest hits (Deewar and Sholay), Julie provides a romantic counterpoint more akin to Bobby (1973) and the subsequent Love story (1981). Julie is a Hindi remake of the director K.S. Sethumadhavan’s 1974 Malayalam success Chattakari, remade again that year in Telugu as Miss Julie. The Tamil actress Lakshmi starred as the titular protagonist in all three versions.

In Julie, Lakshmi plays a Christian Anglo-Indian girl of dysfunctional parents who desire to return to England. She leaves her love interest Richard (Jalal Agha) to pursue the Hindu Shashi (Vikram Makandar), with whom she falls pregnant. Avoiding an abortion as in the later films Kya Kehna (2000) and Teree Sang (2009), Julie is sent away to give birth to her son, which her mother sends to an orphanage. Julie returns and eventually meets Shashi, who has been at college unaware of her pregnancy. Now fully informed, Shashi proposes to Julie, however both mothers protest the inter-faith and inter-caste marriage. Shashi’s father convinces the mothers of the union’s merit and the film concludes with a wedding imminent. Julie is notable for its popular English language film song “My heart is beating” sung by Preeti Sagar, for the shots of Julie’s pregnant body, and for having an Anglo-Indian Christian family at its centre. – Liam Grealy