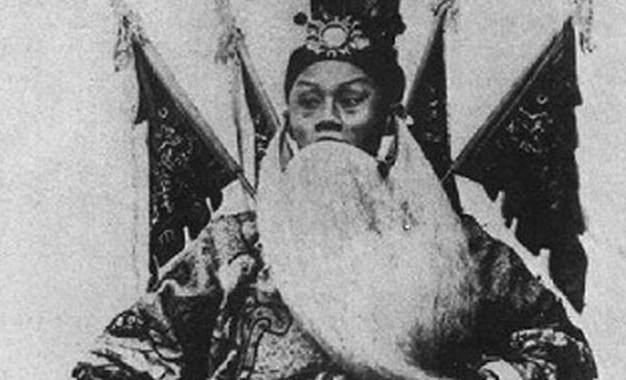 On 11 August 1896 a Spanish entrepreneur named Galen Bocca brought the new medium of the motion picture to Shanghai, exhibiting it to Chinese audiences for the first time. In 1897 the American James Rication exhibited film reels shot in America and the first film review was published, characterising the medium as an “electrical light shadow play” (Ye & Zhu 2012, 2). The first Chinese film was produced less than a decade later, 1905’s The Battle of Dingjunshan (also known as Conquering Jun Mountain, Ding Junshan).

The production of The Battle of Dingjunshan coincided with the emergence of the classic Hollywood silent film era, from 1906-27 (Wang 2007). The Chinese film was in fact a recording of a staged performance of the Peking opera Conquering Jun Mountain, which is itself based on an episode from Luo Guanzhong’s novel Romance of the Three Kingdoms, which dramatises the lives of feudal lords in the Han dynasty. It starred the “King of Beijing Opera”, Tan Xinpei, as General Huang Zhou, and was directed by businessman Ren Qingtai, of Bejing’s Fengtai Photography. Ren had studied photography in Japan, and had purchased a French camera and film stock from a German photography supply store in Beijing. Ren also built “Daguanlou” in Beijing in 1903, which is now China’s oldest purpose built cinema. Six decades later, when cinema production all but ceased during the PRC’s Cultural Revolution, the few films that were produced under the direction of Jiang Ling, Mao Zedong’s wife, were again recordings of operas. By that time, no print existed of The Battle of Dingjunshan, which is believed to have been destroyed in a fire in 1940. Ren Pengnian made China’s first full-length narrative film, Yan Ruisheng, in 1921. – Liam Grealy