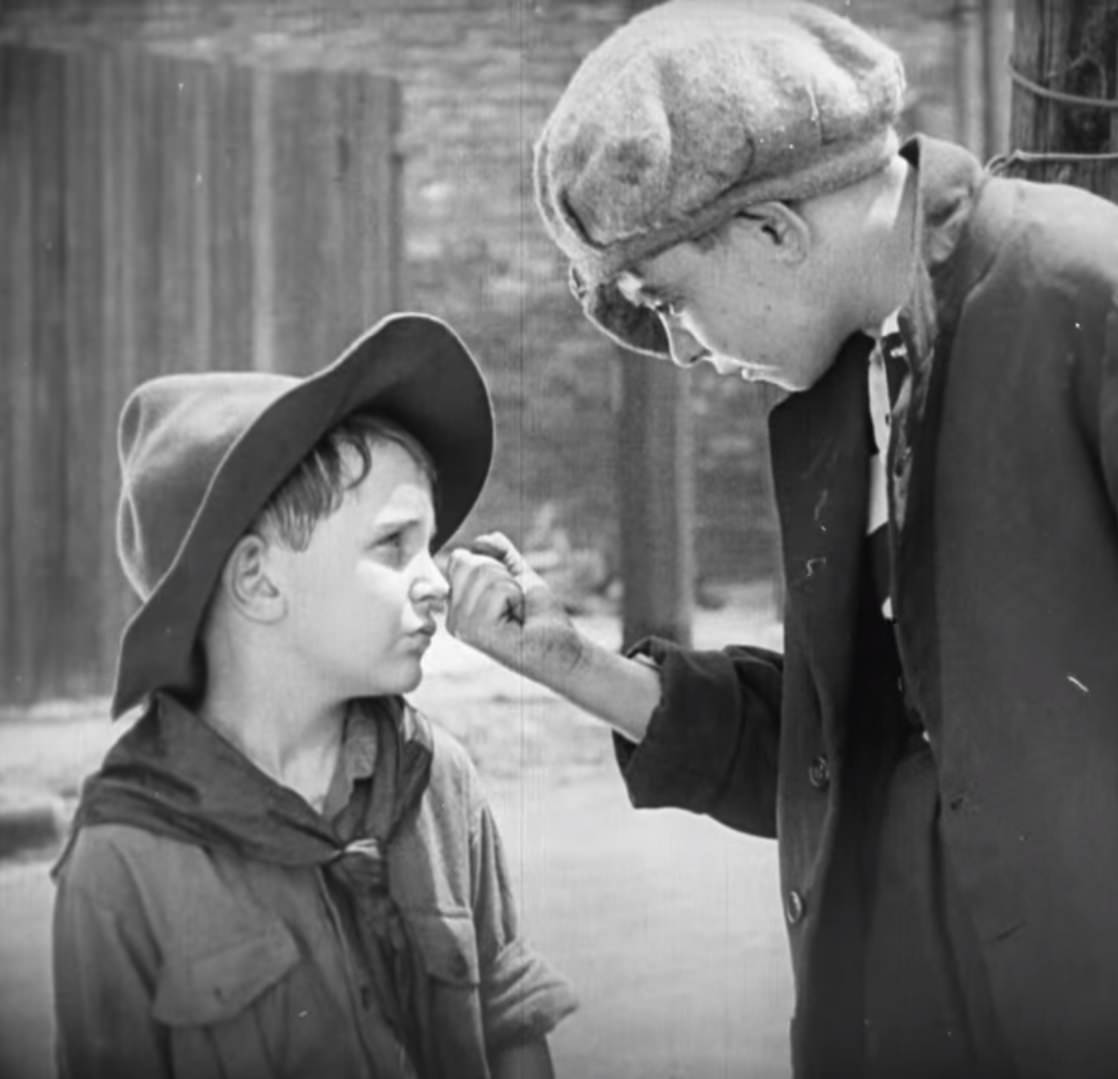 After the introduction of Federal Customs law, the state of Victoria made the most concerted efforts towards processes that addressed film specifically, and in 1922, the Victorian Council of Public Education had particular concerns about the effect of moving pictures on children. Although film was policed for forms of indecency, there were many aspects of the cinema which “while clearly not coming under that heading, are yet subversive of morals or tend to degrade public taste” (CPE, 1922, p5). The Committee held particular anxieties about “dramatic” films and those that dealt with “the sex problem” (CPE, 1922, p4). A survey of Melbourne school-children found that 45 per cent attended the cinema once per week, and 60 per cent more often. Of more concern, 42 per cent of these children attended the cinema unsupervised.  Regarding the cinematic medium and juvenile delinquency, the Committee argued: “In its likeness to life lies its menace: it may be a power for good or it may stamp upon the plastic mind of youth an utterly false impression of the standards of conduct, inducing a belief that a series of sensational incidents truly represents the happenings customary to a community” (CPE, 1922, p8). The Committee encouraged exploring the educative potential of film and content more specifically for children. They also suggested the censorship duties be expanded to include locally produced films and advertising (CPE, 1922, p6).

Head of the Commonwealth Board of Censors Archibald T. Strong held this position from 1919-22 and presented the internal censorship guidelines to the Committee. Adding to determinations of blasphemy, indecency and obscenity, films were prohibited if they depicted:

After the Committee, debate in the Victorian Legislative Council eventually led to the development Censorship of Films Act. Coming into effect in 1927, this legislation stipulated a quota for the exhibition of 2,000 ft of British films, including 1,000 ft of Australian productions. It was hoped this would counteract the dominance of U.S. productions flooding Australian theatres.

The Act also widened the Commonwealth censorship authority’s powers to include decision-making on the age suitability of audiences. Previously, the Board of Censors had registered a film either unconditionally or with eliminations. They could also make special conditions or restrictions on the audience of the film based on sex or age, usually used for medical films (see this post on the film Damaged Goods for more). The Act was a formal agreement that the Commonwealth Censor would determine films that were suitable for children on behalf of Victoria. Cinemas were now legally obligated to exclude children between 6 and 16 years of age from films determined unsuitable for them, as well as advertise when a film had been designated for children by the Commonwealth censor. This development pleased women’s groups and other lobbyists, but the Act was criticised by the film industry who did not want the onus of responsibility, to have to turn patrons away or suffer a fine. In 1929 a national advisory system of classifying G, for general exhibition, and A, suitable only for Adults, was in use for states that had adopted the national system, and by 1933 the legal restrictions on children’s viewing were lifted in Victoria. The national advisory system recognised the onus of children’s cinema attendance lay with their parents. – Rachel Cole

Image: Still from ‘The Kid Stakes’ (Ordell, 1927), recognised as the first feature film produced in Australia for children, from the Australian National Film and Sound Archive, https://www.nfsa.gov.au/latest/kid-stakes#

Council of Public Education Twelfth Annual Report. 1922, ‘The moving picture in its relation to the child’, p.4-9.

National Archives of Australia file. NAA: A425, 1943/1407. Title: ‘Film Censorship Co-operation with the States in regard to films made in Australia. Agreement with the State of Victoria. Section 14 of Victorian Theatres Act 1928’.