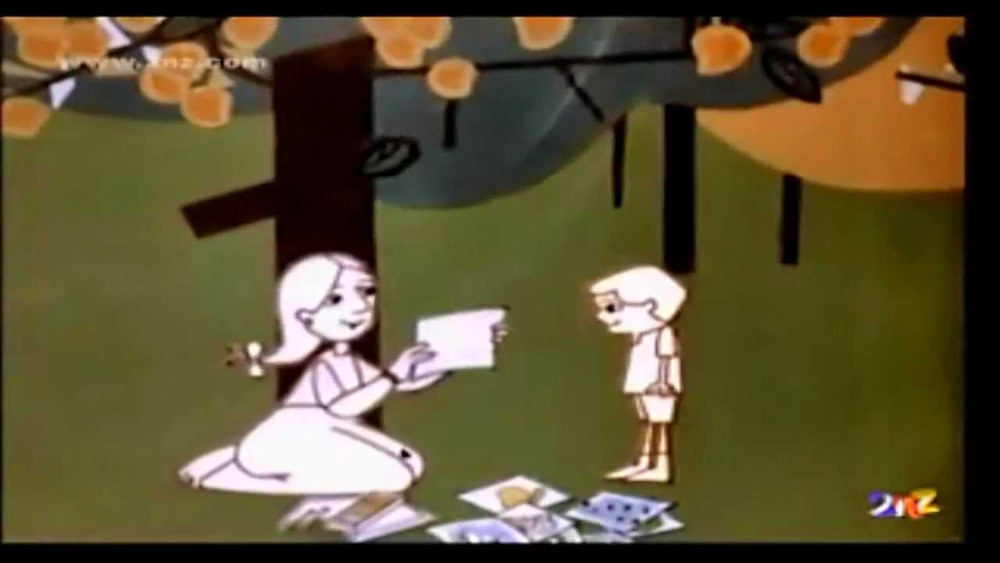 Ek Anek Aur Ekta (“One Many and Unity”) can be read as one example of the recommendation of the 1951 Report of the Film Enquiry Committee to produce entertainment specifically for the child audience. It was directed by Vijaya Mulay and released in 1974 by the Center for Educational Technology. Mulay had been employed in the Education Ministry, which included working as a member of the coordinating committee for the Satellite Instructional Television Experiment (SITE), in which NASA allowed India to use its ATS satellite for a year from 1975. Under SITE, Doordarshan developed programming focused on health and agriculture, and the Education Ministry agreed to produce programming for children’s education. Mulay was appointed the head of the new Center for Educational Technology and during this appointment released Ek Anek Aur Ekta. – Liam Grealy

The short educational animation aired on the state broadcaster Doordarshan and sought to teach children about strength in unity. The didactic film represents a group of children playing in a garden with one little boy unable to pluck the fruit from a mango tree. He asks an older girl sitting nearby the question “Yeh anek kya hai didi?” (“What does ‘many’ mean sister?”) and she responds with an allegorical story about a flock of birds who successfully escape a catcher by banding together to steal his net, which is subsequently eaten by their mouse friends. A crowd of children that has gathered to listen to the story work together to climb the mango tree and gather fruit. The film therefore suggests that India flourishes where it embraces its diversity.